Improving Farm Mechanization through the Private Sector in Nigeria 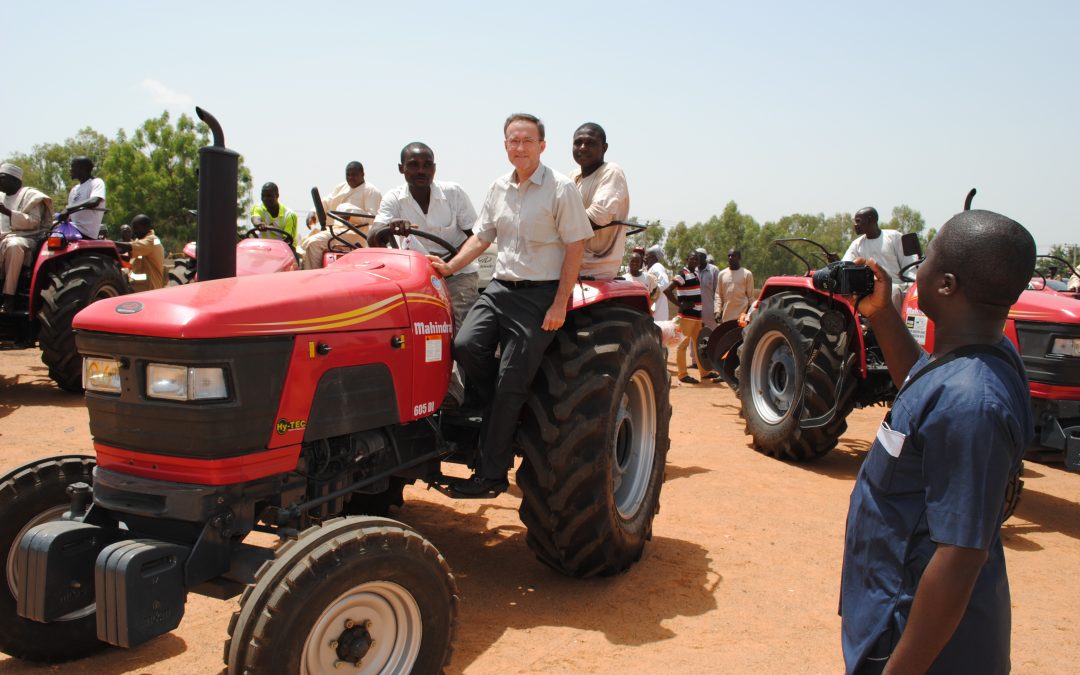 It is a universally accepted fact that for commercial farming to be sustainable and profitable, the procedures right from the land preparation stage to the harvesting stage must be heavily mechanized. Farm labourers regardless of their wealth of experience do not have the finesse and efficiency to compete with machines.

When compared with other countries, food items and other agricultural produce are relatively expensive and of less quality in Nigeria simply because majority of our farmers are still heavily involved in the application of crude farm practices which not only leaves much to be desired but is also expensive (since it still requires the use of a large labour force).

In a bid to improve the Nation’s agricultural sector, the government has since inception, provided farm machinery to local governments to support farmers. Aside from the fact that these tractors are infinitesimal in number, the few available ones are heavily mismanaged (Just like every other property of the Government) and hardly put to efficient use. Due to this, such tractors become non-operational within a very short period and the farmers in that region are forced to consider a less productive alternative once again.The repetitive failure of the Government to adequately provide enough mechanical tools and manage those at their disposal benefits no one in the short and long run. The farmers will get less farm output and the nation will have to spend more on imported foods.

Knowing fully well the lackadaisical attitude of Nigerians to Government’s property, we can emphatically state that the Government’s direct involvement in the provision of mechanically-powered tools to the local farmers will still be met with so many challenges bordering around inefficiency and lack of transparency even if the government decides to significantly improve the farm machinery in circulation.

Considering the above, it is clear that the target audience (the farmers) will rarely benefit from the existing methods employed by the government. How then can we intensify farm mechanization in Nigeria? Well, one of the most logical ways to go about this is by attracting private individuals to invest in tractor services. The total number of functional tractors we have in Nigeria (roughly 7000) is incapable of serving us as a nation if we really intend to maximize the benefits inherent in practising mechanized farming.With approximately 30 million hectares of arable lands, we need at least 70000 tractors to fully cultivate and earn bountifully from agriculture.

Having the required quota of the mechanically-powered farm tools is not enough, there has to be a strong willingness to put them to optimum use. This kind of willingness is mostly found in private establishments. For instance, in a situation where a farmer borrows a tractor from the local government authorities for private use on his farmland, if the tractor should break down while in use, it is very unlikely that he will get mechanical support in that same day or the next. In fact, that tractor might be out of service for a while. If the situation were reversed, a tractor managed by aprivate individual will most likely get a repair on that same day or the next because the owner understands the financial consequence of having a tractor that is out of service.

From the above, we can deduce that encouraging private individuals to invest in tractor services (with the provision of incentives like a single digit bank loan) is one of the major decisions the government can take towards ensuring that the agricultural industry takes a significant leap towards greatness.